The Work of Lesley Taylor 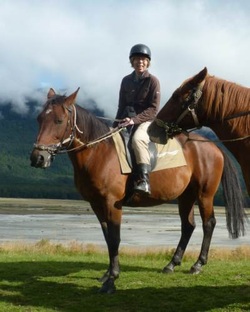 Lesley was born under the star sign Gemini and in the Chinese year of the dragon. There may be no connection between those two facts and her vivid imagination. She benefitted from an education spent mostly day-dreaming, reading novels under the desk and making up stories. After a few years of helping taxpayers deal with their dues, she became an accountant, which broadened her financial horizons. Since then she has finished her first fantasy novel and is working on seeing it published while she progresses her second novel. There is a rumour, as yet unconfirmed, that her second novel may be the first of a series of three, or even four. In short gaps between her novel writing, she has produced a number of short stories, some of which are also fantasy.

I can’t live like this. I don’t want to live like this. You don’t help. Saying things like: ‘Pull yourself together.’ ‘Other people have been through worse and managed.’ Or, ‘If you’d only just try.’ You don’t know what it’s like to wake up every day to darkness. In a black hole.
You say, ‘It’s not completely dark.’
As if that makes any difference. I can see some light. The table lamp, for instance, but it too bright, dazzling and doesn’t shed light on anything else. Useless. Like me now. Can’t drive, can’t garden. Can’t change a light bulb. Can’t cook, can’t shop. Can’t watch TV, can’t use the iPad. Can’t change the radio station. Oh yes, I can just about use the fast dial buttons on the phone, but God help me when I come up against an automated answering service. A disembodied voice always asks for more numbers than I can cope with, and never gives me enough time to work out where the numbers are. Then it says something else, I forget which number comes next, and I’m lost.
That’s it, isn’t it? We’re lost. You’ve lost the husband you thought you had. And I’ve lost my wife. Can’t see your face, can’t remember it.

Local rehab’s incredibly hard, takes a lot out of me, but Rachel’s great. Provides me with a talking books subscription, has me try daily living aids and even teaches me to use the cane. Your idea. I can use the iPad again, make a cuppa and I'm trying to learn Braille.
The social group’s something else, not just trips and lunch out. It’s also sharing problems and solutions. And coping mechanisms when there’s no easy answer. It gets me out from under your feet and gives me something to talk about when I come home. It’s not nearly enough though.
You bully me into going the art class. I don’t want to go, don't want to learn a new trick. Play with papier mâché as if I were a child? No thanks. But Dave’s patient with me. Even when I lose my temper and throw the lump of clay on the floor.
‘Look,’ he says. Before I can shout that I can’t bloody see, that I wouldn’t be there if I could, he’s taken hold of my hands, and I’m touching his face. ‘Everyone’s face is different. Feel the shape of my nose, forehead, cheek bones, jaw, hair line, ear shape. Get the general idea, and then explore each feature separately. Think about what your hands are telling you. Have I got a bony nose or a fleshy one? Is it straight, or did I break it playing rugby? What shape’s my jaw – square, pointed, receding?’
We work on it for weeks. I don’t care that I’m feeling a man’s face. I can’t tell if anyone’s looking. Dave says no one is. It makes sense. Something makes sense at last. Those like me can’t see, or can’t see straight ahead, or can’t understand the blurred shadows that are all they see. Those like Dave are too busy teaching to gawp at me.
I begin to shape a clay head. It isn’t Dave. At first I don’t know who it is, but then I recognise her.

It’s you, that mop of wavy hair framing an oval face, the nose slightly too broad, eyes round – you always have a wide-eyed surprised look – dimples, rounded ears, laughter lines.
I check I’ve got it right, my hands feeling their way across your soft skin, running down your neck, skimming your ear lobes, gently stroking your throat. That always got your attention. It does now.
You respond to my touch, and I do what I always used to do. Kiss you. It’s not a ‘fumble and miss your mouth’. ‘Bull’s-eye,’ I say.
You say, ‘You look happy. I was so sick of that blank expression your face, as if you had nothing to live for. You’d given up. I couldn’t bear it. But now you’re alive again.’
‘I had given up. You seemed to be nagging me all day, and nothing was worth doing when I couldn’t see your face.’
‘You still can’t see my face.’ Your voice sounds strange, as if you’re biting back tears or laughter.
‘I can.’ My hands prove it. They’re busy exploring. Those soft lips curved in a smile. The dimples and the deeper folds at the side of your nose. The creases at the corner of your damp eyes. ‘You’re smiling. And crying.’
‘Yes,’ you say. ‘Happy tears.’
I’m crying happy tears too. You’re back where you belong, in my heart, and your face is clear in my mind and at my fingertips.

Her name was Jasmine and for days she had been the bane of my life. On the No 36, from Killinghall to Leeds, she never stopped talking about herself. She knew everything and she was always right. It was cold today, so I was wearing gloves, something I rarely do. The bus was full, but a young mother pulled her daughter onto her lap to make room for Jasmine. I relaxed. The child was sweet, amusing herself by stroking and kissing her reflection in the bus window, which caused Jasmine to lecture the child’s mother on the subject of germs, while I dozed.

I walked towards the Royal Armouries, thinking about research for my 16th century murder novel. The weapons of the time fascinate me, although poisons are my first love for murder, slow acting and with no spurting blood. Then it occurred to me that, if Jasmine were a character in one of my novels, I might decide that the world was better off without her. I pondered how she deserved to die.

There were fewer passengers on the return journey, so she sat next to me. At last, she rang the bell, signalling the end of my torment.

I rolled the berries across my gloved palm.

‘What are those?’ she demanded, seizing them without waiting for an answer. She examined them, returned them and then licked her fingers before I could stop her.

She was at the top of the stairs before I swung round to look. The bus braked, she lurched and fell. I rushed to help but she was beyond that. One of the downstairs passengers confirmed it. ‘I think her neck’s broken. She’s dead.’

For one who knew everything, she should have known to stay seated until the bus had stopped.

She - Winner of Reddit Fantasy Writers August 2012 Writing Challenge – the challenge being to create a new fantasy race in 1,500 words or less.

She was alone, the only one of her kind. Soaring effortlessly above the mountains, perpetually focused earthward as she circled north, she gloried in their familiar outline, now gleaming bright against denser skies. Next time, their mood might be different. Until then, she silently bade them farewell.

Following the earth’s curve, she wheeled seaward. First the little sea and then the ocean, darkening as the sun set.

Wrapped in the arms of night, she flew on, her great wings stretched to minimise effort. Tireless, feeling no hunger, she had no need to land. Below her lesser fliers hovered and flapped, inferior to her in every way. They could not, as she did, constantly maintain their flight level and speed, or extract and synthesise nutrients from the air.

Once, curious, she had descended to inspect them. Seen at close range, the lesser beings were blocky, ungainly things with opaque bodies, sharp claws and beaks, ugly in comparison to her glossy translucent body and wings. Fearing her, they had dived, scattering and then regrouping, the larger among them swooping close to her head, beaks and claws aiming at her great all-seeing eyes. Startled, but unafraid, she tilted her wings and rose, her downdraught sending them spinning out of control. None came close to touching her.

Her mind tickling with amusement and distain, she soon left them far behind.

The rising sun shone through her. Delighting in its warmth, she rolled, straightened, twitched her feelers and rolled again. Below her, the ocean sparkled, its tiny islets strung out in curved lines. Sometimes she landed to bask on the hot pale sands. Today she preferred to look rather than feel. In any event, sandy grit settled in her groves, irritating. There was not always a convenient cloudburst for cleansing.

Rising through the crackling storm, she felt something strange, a pang deep inside, new and disturbing. Long after she flew into calmer skies the feeling remained, sharpened. Hunger.

Puzzled and anxious, both emotions unfamiliar, she glided on. Another sensation made its insidious way into her mind. Weariness. Doubting herself for the first time, she spiralled earthward, her body seeming heavier. Too heavy for her fragile wings.

Struggling to hold her wings aloft, she landed awkwardly, her body collapsing, her wings crumpling. She attempted to call on her usual strength. Failed. Her sight began to mist; her wings stiffened, growing as opaque as her body. Failing to understand what was happening, she made one last effort to stand, to fly.

Agony ripped through her and she fell, too weak to try again. Shaking her head against the cloudiness covering her eyes, she watched the extrusion from her body wriggle and clear. A small winged creature emerged from its cocoon, stretched, turned to the adjacent cocoon and ate voraciously. Crawled to the next feast, ate and crawled on, repeating its meal until nothing remained. Replete, it stretched again, opened its wings and flew, but she saw nothing of its flight.

She was alone, the only one of her kind. Soaring effortlessly, she saw peaks. Mountains, she decided to name them.